​He joined the Sacramento County Chargers Special Olympics Track and Field team and wowed the community with his 5 minute mile. He went on to run in 5/10k races and his dream got bigger, to run in the Boston Marathon. He began running half marathons, 20 milers and eventually his first full marathon, CIM, (California International Marathon), on Dec 3, 2017, in hopes to Boston qualify.

John sustained a broken ankle during the marathon around mile 6. Yet, he was determined to finish and he did. Despite his injury, he qualified for the Boston Marathon, completing the 26.2 mile race in 4 hours and 27 minutes. 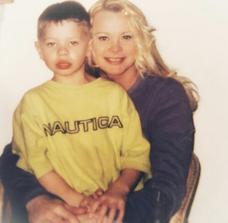 A video tribute of our journey, from the beginning.

He has set his sights on running the Western States 100 Mile Endurance Run and will spend 2022 running in qualifying races; 50k, 50 mile, and 100k.

He receives messages of encouragement and appreciation from all over the world. His story is one of hope and inspiration and his message remains the same, he is first a runner, who happens to have non-verbal autism. He holds a job, has found love with girlfriend Drea and is a professional athlete. Non-verbal autism doesn't define.

You can do anything you put your mind to, regardless of your disability so NEVER GIVE UP!​​

​John reached Boston TWICE and is recognized internationally as a beacon of hope.

While he was set to run AR50, a 50 MILE TRAIL RACE, on April 4, 2020, Covid-19 cancelled the run along with all of his other scheduled races for the year. This didn't stop him. He ran it virtually doing 5 mile loops along the American River in 7 hours. 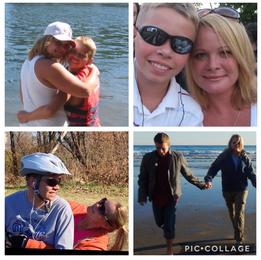 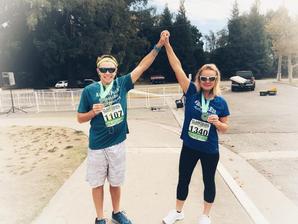 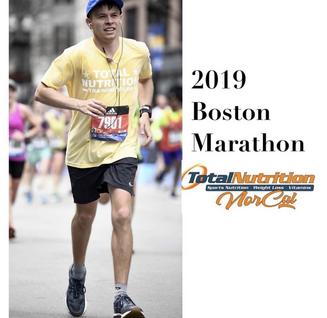 When my son John, who has non-verbal autism, was aging out of the school system at 22 years old, I began searching for programs to continue his growth and steps to independence into adulthood.  Coming up short, I left my career behind to build a foundation for John and others like him in our community, to build upon their strengths and talents to live a purpose filled life. I could not do this alone. It is with a village consisting of a dedicated Board of Directors, community members, friends and parent volunteers who share the same vision, that we celebrate our fifth year in operation.

On BRAVE Wings, We RISE

Fly Brave was created in January of 2016 in response to a need for continued support for adults with developmental disabilities following the school years. Fly Brave started with 5 families and today has served over 400. Over the last 5 years, Fly Brave established community based employment training programs (landscaping, on-line retail store and a pop up market), pubic speaking network of self advocates,  social skills workshops, numerous events (proms, karaoke, Fashion Shows, Talent Show, Art Shows), a successful microbusiness (online Etsy shop), fitness programs (running club, yoga, fitness in the park, Sky High Sports meets ups), police involvement fitness program (Fly Fit), art and theater programs, and community integration through volunteerism.  In 2021 we moved into our first brick and mortar home and are up and running as a hands-on employment training program.

ALL of Fly Brave's programs and services are offered FREE OF CHARGE.

You can say we grew up together as I was just 22 years old when he was diagnosed at 18 months of age. Although I was a single mom who worked full time and attended college at night, my quest to fill every free hour with giving John a purpose filled life was a priority. When he was diagnosed, I went through a roller coaster ride of emotions; however, I didn't sit there long. I got up and became pro-active in making sure he experienced everything life had to offer. I joined a parent support group where I met a therapist who told me the best thing I could do for him was to immerse him in the world; to give him every life experience possible to help him navigate through the world of autism. I took that information to heart and over the next two decades we would become explorers.

We found his gift of running in 2014 when we were out for a walk and stumbled upon a high school track. John experienced the normal pains of puberty and our evening strolls gave him a sense of calm.  However, this time he was different. After running around that track several times, his anxiety lessened and instead of getting up throughout the night, he slept a full 8 hours uninterrupted.
​